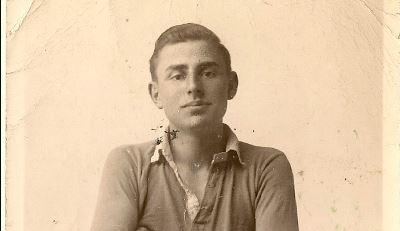 Tommy Murphy was born in Graiguecullen, County Laois in 1921. He was educated in nearby Knockbeg College.

Murphy played for the Laois Minor Team when he was just fifteen and he rose to national prominence in 1937 when he played his first senior Campionship match against Offaly in Newbridge.

His immediate opponent that day was none other than railway cup star Bill Mulhall – akin to a minor facing Graham Canty today. remarkably, considering at the time he was only a sixteen year old schoolboy, Murphy lined out against Kerry in the all-ireland semi-final that same year. laois were cruelly beaten 2-2 to 1-4 in a replay in Waterford.

His exploits gave him his famous nickname “The Boy Wonder” during the late 1930’s and 1940’s Tommy was a household name all over Ireland. he won Leinster Senior Championship medals in 1937 and 1938. It was not until 1946 when a young veteran by the name of Tommy Murphy was again very much to the fore. Tommy had by now become an integral part of the Leinster Railway Cup team but glory with the County continued to escape him as the years rolled by. 1946 saw Laois take their first Leinster title for eight years, defeating Kildare in the final.

For many years Murphy worked as a land steward and later he was employed with the department of Post and Telegraphs. He contested the 1948 general election for Laois-offaly as a clann na Poblachta candidate but failed to get elected. t

Tmmy Murphy died in May 1985 and was buried in his native Graiguecullen. In 1999 the Gaelic Athletic Association honoured Murphy by naming him on the Gaelic Football “Team of the Millennium.” He was further honoured in 2005 when the Organisation named the”Tommy Murphy Cup”, a new football competition, in his honour.