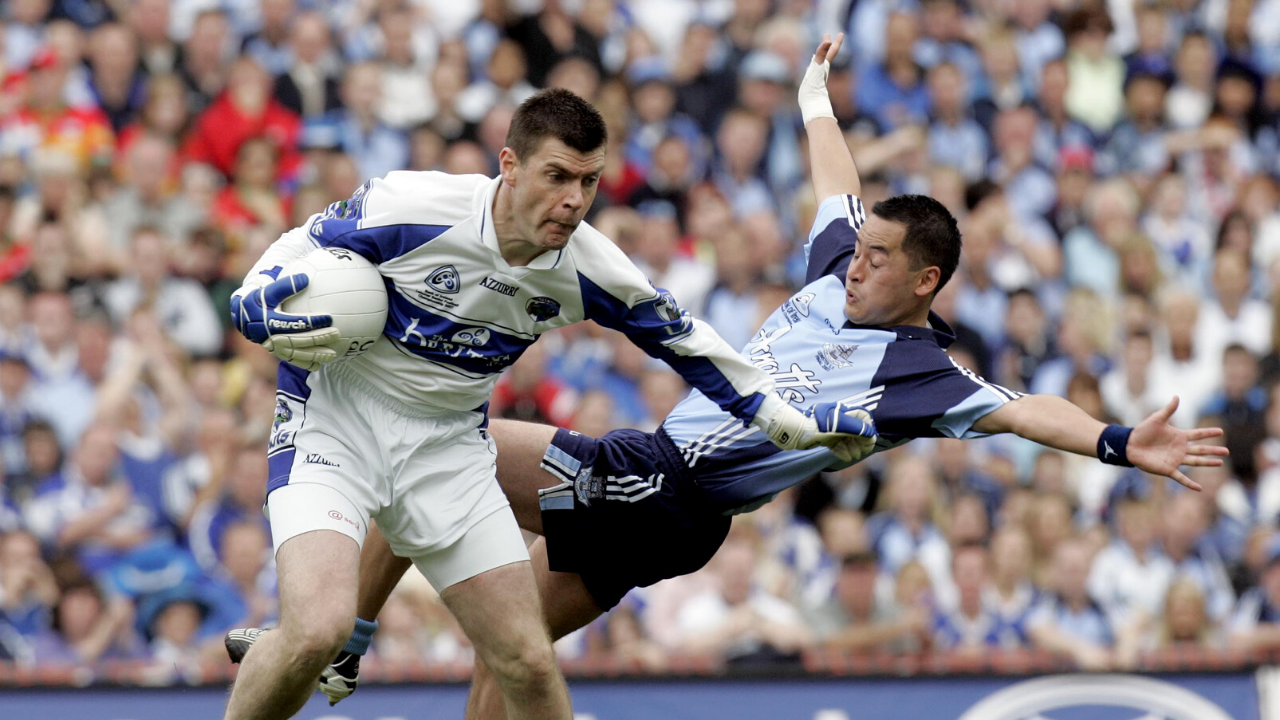 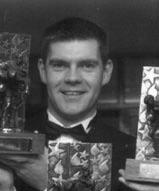 The fourth ever Laois player to win a coveted All Star award, Fergal Byron, hails from Belgrove, near Ballybrittas.

His award came in 2003 after he proved to be a superb last line of defence for Laois as they bridged a 57 year gap to claim the Leinster Senior Football Championship. In seven key games in 2003, (league final and six championship games) he only conceded two goals and pulled off a number of hugely impressive saves. Against Tyrone in the League final and against both Dublin and Armagh in the championship, he made some outstanding stops and his kick-outs and general footballing ability when called upon were of the highest quality.

It was however as an outfield player that he first won inter county honours, lining out as a right corner back in 1994 on the Laois team that claimed the Leinster Under 21 football title. But goalkeeping was always his calling and after displacing Emmet Burke on the Laois senior team, he went on to enjoy a memorable 12 year career in the county’s number one jersey, which ended in November 2007 when his inter county retirement was announced. 2005 also saw Fergal bring a first ever Interprovincial Championship medal to his club when he helped Leinster overcome Ulster in the decider.

At club level, Fergal has flitted between his goalkeeping duties and spells outfield with his club, Courtwood. At the time of writing, the elusive search for an intermediate medal with Courtwood continues and he has already begun the first steps in what looks likely to be successful coaching career by working with the Laois Development Squads.