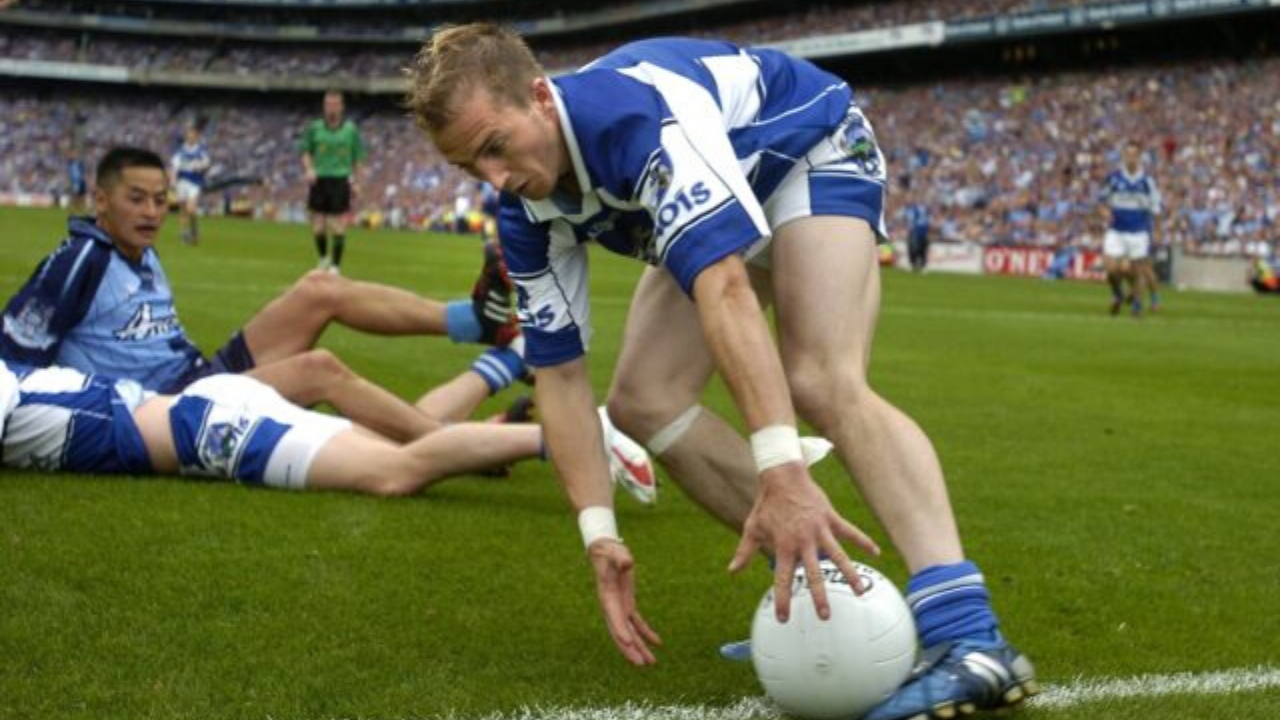 2003 All Star Football Corner Back

Named at left corner back on the 2003 All-Stars team, the dimunitive Joe Higgins hails from The Swan, near the County Kilkenny border, in the Ballyadams parish.

A very talented underage boxer, Joe emerged in the public eye in 2007 when he starred on the Laois minor team that retained the Tommy Markham Cup for the All-Ireland Minor title winners. The following year saw Joe move up to a very talented Laois Under 21 team that won the Leinster title only to be agonisingly denied All-Ireland honours by Kerry in Limerick.

With his club, St. Joseph’s, Joe enjoyed the ultimate honour in the year 2000 when he was part of their Laois Senior Football Championship winning team.

However, it was in 2003 that he exploded in to the national GAA consciousness as part of the superb Laois team that firstly went all the way to the National Football League final and then claimed that memorable Leinster senior title. Higgins was immense right throughout the year and kept both Tadhg Fennin and Stevie McDonnell scoreless in championship games.

He also showed terrific courage to come back from a bad cruciate ligament injury picked up in the ill fated 2004 Leinster SFC final replay against Westmeath.

And the next generation are on the way. Joe’s twin sons Kevin and Jack, as mascots to Laois in the 2003 Leinster final, became the most famous five- year-olds in the country, drawing a â¬1400 fine and eventually forcing a change of GAA rule that now allows one mascot per team. They have just this year won Under 14 county championship medals with St Josephs. Future All-Stars? Don’t rule it out.